Home » Every tattoo tells a story

Every tattoo tells a story 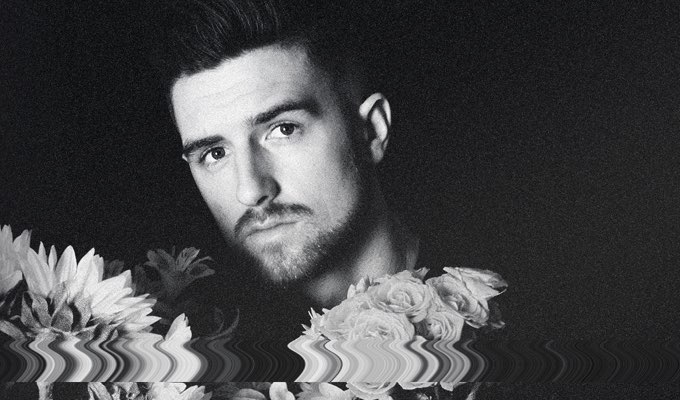 That’s certainly the case for Justin “Slavo” Slaven, a talented music producer and writer for up-and-coming artists, including his own duo, Fly by Midnight.

I never thought I’d get a tattoo, but I came across this cool little mustache on Pinterest and decided to get it on my elbow.

It bore no significance at all until he told his parents his plans, and his mom insisted he get the word “entertainer” to go alongside it.

My mom called me that growing up. Both she and my dad were always against tattoos (you know, the typical story), but she agreed to me getting the mustache if I got that as well, so I got two tattoos that day.

I got the “entertainer” tattoo on the opposite arm from the mustache, and I don’t plan on getting any more around it. I want to keep it a special tattoo just for my mom. It’s my most meaningful one.

The mustache didn’t mean anything at the time either, but it does now. It’s actually responsible for helping me meet my girlfriend. We met at a bar and she came up to me and tried to rub it off my elbow by licking her thumb. It was really funny. We’ve been together now for three years.

Hart & Huntington tattoo artist Cortni is responsible for every tattoo on his body, mustache included.Cortni is the only artist I’ve ever used. I’m loyal to her. She’s a great artist and has a great personality. I won’t use anyone else.

Whenever he visits his family in Florida, he also gets a tattoo from her.

Cortni is very personable and makes you feel comfortable with every visit. And the Hart & Huntington Orlando shop where she’s stationed is great, so it’s really easy to stick with her. Everything is always so clean and welcoming.

Slavo is originally from Florida but moved to New York to pursue his music career after completing a year at Stetson University. It was that big move that got him into ink to begin with.

Moving up here and being more immersed in music, I’d see so many artists use tattoos to express their creativity. It’s like seeing a different story on everyone’s body.

He’s now looking forward to the next leg of his professional journey—moving to L.A.

I’m a very extroverted person but music gives me time to be introverted. I’m often just sitting in front of the computer, just me and the music, as corny as that sounds. It’s cathartic and relaxing to me. I genuinely love and feel very fortunate to be able to do that every day.

His most recent tattoo from Cortni is of an airplane, representative of his duo.

I was actually shocked when I first saw it finished because I knew I’d like it but didn’t think I’d like it that much. I couldn’t believe how well it worked out and how symmetrical it was.

Cortni also did his lion tattoo.

She’s a huge fan of the Lion King, and I was just working with J.D. McCrary from the new movie on a project I was writing and producing for him, so we sent her a little video, which she thought was the coolest thing.

Eventually, Slavo wants to add to his “mustache arm,” turn it into a full sleeve, maybe even get a rib tattoo, as well. And with his career taking off full throttle, he’ll likely have a ton of more sittings with Cortni on the books.

I want to use the space to continue to tell my story.

Check out Fly by Midnight’s new single, “I Need You More Than You Want Me”.